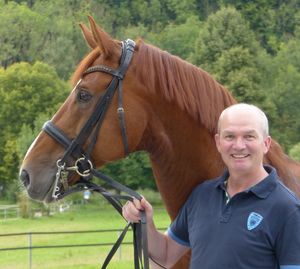 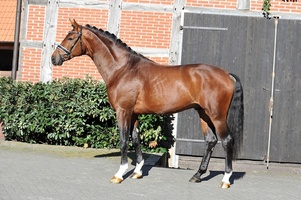 Since then we really enjoy the training. in 2014, Escolar qualified effortlessly for the Bundeschampionat of the five-year-old and has been nominated for the World Championship of Young Dressage Horses. Unfortunately, he couldn't participate in either competition due to an injury. In 2016, Escolar competed successfully on S-level. In 2017, Escolar reached the highest score even given during 20 years of qualification for the Nuernberger Burg Pokal.

Escolar proves to become a great sire, too. His offspring is winning in breeding and riding competitions alike.

As competition horse and as sire alike, Estobar NRW is a real high flyer. He was the undisputed winner of his keuring in 2006 and winner of the  dressage index of the stallion performance test at Adelheidsdorf in 2009. These were followed by first ranks in dressage prospect classes, the participation in the Bundeschampionat in 2010 and his first wins on S-level as seven-year-old. Belong his offspring there is highly-paid foals as well as keured stallions.

In October 2011, his owner Equus Invest AG brought Estobar NRW to our barn. What I really like about him is his big self-confidence. Plus, once working, he never gets distracted. This good feeling was confirmed at our first competition in 2012, when we won the St. Georges. After several months without competition, Estobar competed very well in the Grand Prix for younger horses at Hagen 2014. 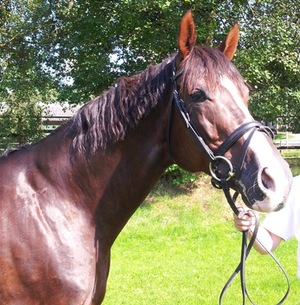 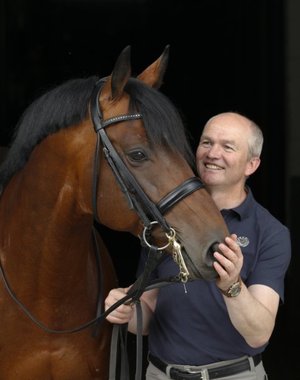 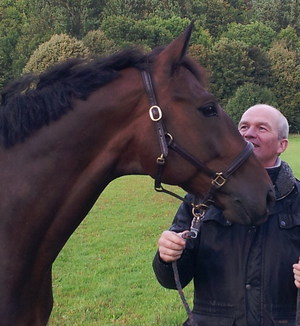